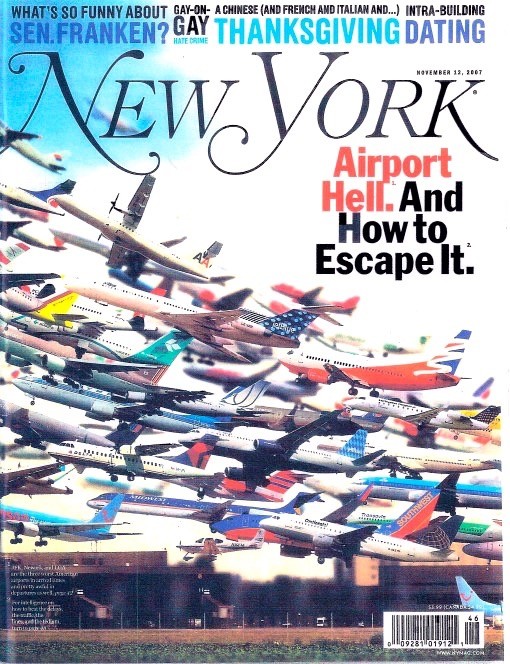 Art advisor Kim Heirston has helped old money and new get into the market. Does she sense a correction? Well, yes, but…

The Russian Oligarch raises his black plastic auction paddle vigorously to bid $1 million for an Andy Warhol camouflage painting. It’s a good painting at a good price—a starter Warhol—but someone else is willing to go to almost $1.5 million. So the oligarch decides to be patient.

Despite his wealth, no one recognizes him on this spring evening at Phillips de Pury. After all, he’s just one of the many anonymously rich people who have joined the ranks of art collectors. This past June in London, 21 percent of the buyers at Sotheby’s contemporary-art sale had never registered for a paddle before. Here in New York, Phillips is the place where many new collectors come to take down their first auction kill. But with all the new money in the room clamoring to be heard, the din is awful, and the Russian is outbid on several lots.

His best buy, though, is not a work of art at all: The Guggenheim Foundation is auctioning a week at the Hotel Cipriani with special access to parties and events during the Venice Biennale—invaluable entrée for any newcomer. Sitting next to the Russian is Kim Heirston, 44, his art adviser, who’s bidding for another client but quickly reaches her limit. Curious, the oligarch leans over to inquire about the details. Then he tells Heirston to buy it, leaving his own paddle in his lap: $30,000 … $35,000 … $40,000 … she raises her paddle a final time—$45,000—and he’s in.

Kim Heirston stands out in the art world, and not just because she is an African-American woman. At six feet tall without heels, she’d be rather visible even without the oversize sunglasses and rock-star shag. “She’s one of the top-tier art advisors,” says Lisa Dennison, who was the director of the Guggenheim until she went over to Sotheby’s, “and she has a very strong presence, so when you’re visiting galleries, going to dinners, going to museums, going to art fairs, going anywhere in the world—you see her.”

Perhaps that is why, after demoralizing first encounters with artists and dealers, new collectors seek her out. People with money can be quite naïve about how the art market works. Just because you can afford that painting doesn’t mean you can buy it. The artist Richard Prince has received e-mails from new collectors asking him where to get one of his nurse paintings, one of which, Dude Ranch Nurse #2, sold at Sotheby’s in May for $2.5 million (another goes on sale at Christie’s next week). “I immediately understand that they don’t know what they’re doing,” he says. “That doesn’t make any difference to me. I’m not an educator. Really, that’s where Kim comes in.”

Heirston is quite quick to recall her clients’ tales of woe: “‘I was in this gallery two years ago, and I couldn’t get them to answer a question,’” she says. “‘They were really rude to me. Now, I come in with you and I get whisked into the inner chambers!’”

“I don’t think most of her clients could walk into my studio or my gallery and just say, ‘Gee, can I buy this thing?’” Prince says. “But if she walks in … It’s almost as if we’re selling to her, rather than to her client.”

The operation goes beyond getting clients access to new work directly from artists and their primary dealers. Heirston also guides them through the private market, that vast network of mostly secret dealings. Say you own an important painting that you want to sell quietly. A dealer will contact known collectors of that artist—or art advisors who work with other interested collectors. But on the private market, prices are the product of rumor and incomplete information. An art adviser with a strong network becomes a valuable form of insurance against buying the wrong piece at the wrong price.

“For the fee,” says Aby Rosen, the New York developer and collector, of the 10 percent commission Heirston takes on all purchases, “you get such security that you don’t mind paying.” (Rosen’s collection is so extensive that it has to be rotated among his commercial properties, including Lever House and the Core Club; storage; and his homes. “I took a truck with eighteen pictures out to my place in Southampton and rehung it,” he says. “It’s like a totally new house.”)

Security is more important than ever in today’s uncertain but still raging market. During the London sales in June, Damien Hirst became the world’s most valuable living artist when someone paid nearly $20 million for Lullaby Spring, an elaborate piece that looks like an oversize medicine cabinet filled with brightly colored pills. Did the new collector who bought it know that a nearly identical companion piece had sold just five weeks earlier for one-third the price? Did he care?

Everyone agrees that new collectors are driving the market. Their appetites have also swelled the ranks of art advisers—many of whom are accused of not knowing enough about art. But seasoned advisers are caught in the surprising position of being skeptics about today’s numbers. “I think that there will be a correction,” Heirston says. “I don’t think it will be catastrophic, but who knows?” On the other hand, many dealers think the greater “depth” in the market now—meaning more collectors from a broader geographical base—is just what will cushion any fall.

“Most of the people I work with will continue to collect,” says Heirston. “Perhaps not at the same rate; perhaps not with the same urgency.” Besides, a buyer’s market works in her favor. It restores power to collectors who have seen themselves priced out of million-dollar Lisa Yuskavage paintings.

And like any good financial consultant, Heirston is also preaching diversification: “I personally think that people will start looking more closely at the old masters,” she says. Having seen works by Andrea del Sarto or a Reynolds portrait on display at the Maastricht art fair for prices “that were staggeringly reasonable,” she has started to think about pitching a collecting strategy that combines old and new. “My dream is to get someone to understand that they can have a Turner and a Rothko,” she says. “Or a Currin and a Gainsborough.”

The hottest corner of the contemporary-art market at the moment, though, is Chinese paining, where prices have hit multimillion-dollar levels. And that does worry Heirston: “What gives me pause are reports of 100 studio assistants and big factories.”

Heirston’s admirers cite her relentless hard work and penchant for self-improvement. (Rivals whisper about buying art like shopping.) She has an unsurprisingly active social life: She holds lunches for twelve to fifteen ladies in her garden in Bridgehampton, and she’s squired Salman Rushdie to her friend Denise Rich’s ball. She met her husband, Richard Evans, an Australian real-estate investor, at a gala at Rich’s house in the Hamptons; they were married twelve weeks later.

Raised in Huntington, Long Island, by a single mother who had divorced Kim’s father when Kim was 3, Heirston was always caught between her parents’ differing expectation for her future: Her mother had a close-knit circle of likeminded bohemian friends; her father wanted her to become a lawyer. A tall string bean of a kid, she excelled in school, especially the sciences. But when she went to Yale, her dream wasn’t to be a doctor but an actress. Something akin to stage fright put an end to that.

After Yale, she flirted with a museum position but instead progressed through a series of gallery jobs. Eventually, she became the director of the Stux Gallery and attracted the eye of several collectors who offered to back her as a dealer. But during the art-world slump of the early nineties, opening a gallery seemed like a bad idea. Instead, Heirston proposed to one Italian client that she becomes his adviser as he built an important collection.

Together they commissioned a then-little-known Damien Hirst to do a sheep in formaldehyde. The work cost the collector about $60,000; it sold in 2006 at auction for more than $3 million.

At the beginning of Heirston’s relationship with a client, particularly an unseasoned one, she acts almost like a decorator. She’ll walk her charge through different painters, periods, and styles. When it comes time to buy, she becomes more of a real-estate agent, providing independent condition reports and checking prices against comparable works (not to mention herding spouses, architects, and decorators toward a picture that she can get approval to buy). Once a collector is firmly established, the adviser morphs into something more akin to an investment banker—always chasing the next deal.

All the while, in one of the more unregulated markets in the modern world, Heirston is accumulating her own body of intelligence about who owns what and how much they paid for it. From her townhouse of the Upper East Side, she sits watching a significant position of the art market flow by. During the auctions, she and her team will attend all the sales, recording prices and identifying bidders. She gets an early look at a lot of paintings because dealers know she won’t burn the picture by showing it indiscriminately. A loose JPEG can get around quickly—and spoil the market for a painting.

But just because she doesn’t burn paintings doesn’t mean she can’t get burned. Heirston’s dogged pursuit of Eric Fischl to do the portrait of a fashion-designer client lasted for over four years. When she finally persuaded the artist to paint the client and his wife, Fischl warned, “I don’t do flattering.” Nonetheless, the client balked upon seeing the finished product, says Heirston, and refused to go forward with the deal. Nor, she adds, would he allow her to creatively dispose of the work with a European collector and save the awkward embarrassment with the artist.

Though she handles a range of personalities (Kate and Andy Spade; Tom Clancy and his wife, Alex; all three Miller sisters), her best clients don’t have names most people would recognize. She doesn’t have epic collectors like hedge-funder Steven Cohen, who has worked with art adviser Sandy Heller to create one of the most important collections of contemporary painting over the last six years, or Charles Schwab, who worked with Mary Zlot. It’s collectors like these who make their advisers’ reputations. “I feel,” Heirston says, “like I’m grooming a few people to get there.”

“I’m getting calls for pretty major, major pictures now” from dealers, she says, mentioning a $5 million Peter Doig and a Monet haystack. “Which I have to say is really an evolution from even a couple of years ago.”

In recent years, she’s put her clients’ money—and her own—in such emerging artists as Piotr Uklansku, Urs Fischer, and Ugo Rondinone. Over the mantel of her art-stuffed, all-white living room is a purple metallic “tinfoil” painting by Anselm Reyle. Heirston bought the work only two years ago for $10,000. A buyer paid $192,000 for a very similar work this past spring, and in London last month someone paid over $600,000 for a Reyle in a different style.

She was an early supporter of Richard Prince (“Kim came to my studio twenty years earlier than most people,” he says). She bought Cindy Sherman for clients when her work was still a bargain, and even pressured a few to buy late Rauschenbergs. Today she’s long on Baselitz. “Almost all of my clients have one or two Baldessaris in their collections,” she says of the painter’s painter whose prices are in the midst of a significant upswing. “Most of my clients have a Ruscha …”

And, of course, she’s tried to make everyone buy a Reyle.